The British Architectural Library Trust (BALT), a 501 (c) (3) registered not-for-profit organisation, was formalized in 2013 to support the cultural programme of the Royal Institute of British Architects.

With the help of our generous American Friends, we are able to support one of the world’s greatest architectural collections, including research, cataloguing, conservation and digitization, and promote collaborations between the RIBA and American institutions through cultural activities in the US, including exhibitions, educational programs and scholarly exchanges.

The impetus for founding the American Friends was boosted by the extraordinary success of Palladio and His Legacy: A Transatlantic Journey. This RIBA exhibition traced Palladio’s impact on the architecture of the United States through rarely seen original Palladio drawings and a number of books from the RIBA’s collections, alongside specially commissioned architectural models by Timothy Richards. During 2010/11, the exhibition was shown in New York, Washington, Indiana and Pittsburgh. Watch a series of short films on the exhibition made by the National Building Museum.

The British Architectural Library in pictures 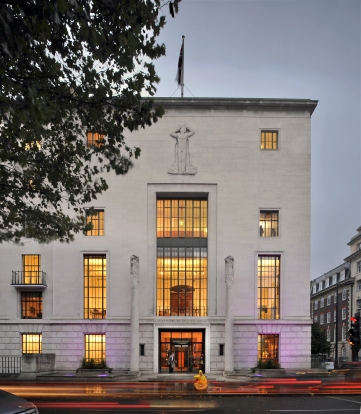